Each of these diseases is accompanied by “its own” cough, which makes it possible to distinguish one disease from another. This article will focus on bronchitis. 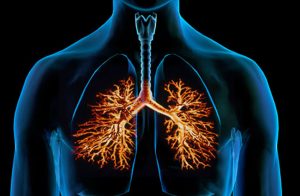 Bronchitis is an inflammation of the bronchial mucosa.
All airways, from the nose to the smallest bronchioles, are lined with mucous membranes. Its task is to remove dust particles and microbes that have entered with the inhaled air. For this, there are villi and a large amount of mucus on the surface of each cell. First, the germs adhere to the mucus and are then removed by the villi.

In cases where there are too many microbes or the body is too weak, microbes manage to overcome many protective barriers, and ARVI disease (acute respiratory viral infection) develops. The bronchi are the lowest part of the airways, and the body tries with all its might to protect them from disease. All children suffer from ARVI, but not all and not always the disease turns into bronchitis. What factors contribute to the development of acute bronchitis?

Disturbance and difficulty in nasal breathing (deviated nasal septum, enlarged and inflamed adenoids, allergic rhinitis); decreased immunity, to which frequent colds lead, or immaturity of the immune system in the smallest children; external unfavorable factors – life in a metropolis, gas pollution and smoke. And passive smoking (if one of the parents smokes) has a very strong damaging effect on the entire respiratory system of the child.

How does bronchitis manifest? It can develop at any age, but children attending kindergarten are more likely to get sick. In most cases, bronchitis develops as a complication of ARVI. The child first has a nasal congestion, difficulty in nasal breathing, then he complains of a sore throat and sore throat, after which rare coughing is added. If at this stage the treatment is not effective, then the infection descends into the bronchi. In this case, the cough intensifies, becomes more frequent, intense, sputum appears, which can be colorless, and can be yellowish (it should be noted that small children, in most cases, swallow sputum, and do not spit it out), the temperature may rise. If at this moment the doctor examines the child, he will hear wheezing. They appear due to the fact that the air passing through the respiratory tract during inhalation and exhalation causes fluctuations in the accumulated phlegm in the bronchi.

In addition to symptoms from the respiratory tract, the child suffers from well-being. He can be lethargic, drowsy or, on the contrary, agitated, appetite decreases, mood changes.

The diagnosis of bronchitis is established by the attending physician based on the complaints of the parents and the examination of the child. Additional tests are usually not required in the case of acute simple uncomplicated bronchitis.

The course of bronchitis, with proper and timely treatment started, is favorable. Within two to three weeks, all symptoms gradually decrease, and the disease ends with recovery.

Treatment of bronchitis is usually done at home. No special treatment regimen is required. The child needs voice peace. The room in which the sick person is located must be well ventilated, and also relatively high humidity must be maintained in it. Meals should be according to your appetite. It is possible that at the onset of the disease, when a high temperature and poor health persist, the child’s appetite will be poor. No need to persuade him, as your baby recovers, his appetite will also improve. Offer your child a large amount of liquid (fruit drinks, compotes, teas), because water is the main component of phlegm. A decrease in the viscosity of sputum, which occurs with a sufficient intake of fluid into the body, is the prevention of a protracted and complicated course of acute bronchitis.

Food should be complete, contain a sufficient amount of proteins, fats, carbohydrates, vitamins and microelements. To fulfill this condition, it is recommended to include meat and fish dishes, cereals, a large amount of vegetables and fruits in the diet of a sick child. Food should be thermally and mechanically gentle. This means that it should not be too hot or too cold. The optimum temperature for food is about 37 degrees, that is, body temperature. It is desirable that the dishes are prepared in semi-liquid form (mashed potatoes) and in chopped form (cutlets, meatballs). Fried and spicy foods are not recommended.

Given that viruses are most often the cause of acute bronchitis, antiviral drugs play a role in treatment. The main condition for their effective use is early prescription, starting from the first days of the disease.

With the complication of bronchitis, the addition of a bacterial infection, with a long, persistent course, the appointment of antibacterial drugs is indicated. The duration of antibiotic use is on average five to ten days.

To reduce inflammatory changes in the bronchial mucosa, anti-inflammatory drugs are used. 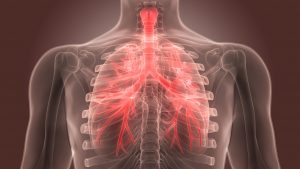 Inflammation in the mucous membrane is always accompanied by an increased production of mucus, which contributes to the mechanical elimination of viruses and damaged cells.

Therefore, with bronchitis, drugs are prescribed that contribute to the better discharge of this mucus. All drugs used for this are divided into several groups. Some improve the excretion of the resulting sputum, others improve the quality of this sputum, in particular, reduce its viscosity. I would like to separately note that drugs on which it is written “for cough” belong to one of these groups. Do not be surprised if the child’s cough does not disappear after starting this drug. The cough will remain, but it will become different – more moist. It will be easier for the child to cough up, he will feel better and heal faster.

There is another group of drugs, the action of which is aimed at suppressing the cough reflex. Cough is a defense reaction of the body aimed at removing microbes, foreign bodies, and excess mucus from the respiratory tract to restore bronchial conduction. Therefore, the use of antitussive drugs for bronchitis is of limited use. It is impossible to combine the intake of expectorant and antitussive drugs at the same time.

After the inflammatory process in the bronchi subsides, it is possible to carry out therapeutic massage and physiotherapy exercises aimed at improving the drainage function of the bronchi.

For children who often suffer from bronchitis, it is advisable to vaccinate against hemophilic and pneumococcal infections, as well as against influenza.